As a parallel process to that of writing an academic thesis, Ana departed from the same questions by working with clay. The terracota objects refer to subjects that are absent in the text—absent because the text is bodiless, and because it describes how other subjects nowadays remember, imagine and reproduce those already gone subjects.

The subjects are women who were persecuted and tortured by men. As these objects cannot contain a story, they lose the site- specificity that frames the text, and instead refer to the bodily experience of the victims of witch-hunting as a global event. Then, the clay objects in their very concrete materiality drift away from the concreteness of each body they aim to recall, and become a conceptual body— collective and one through shared pain. Each piece intends to point to Ana’s own bodily limits, when approaching theirs. 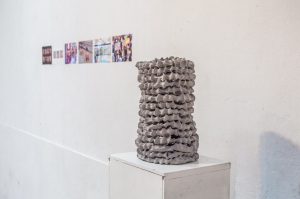 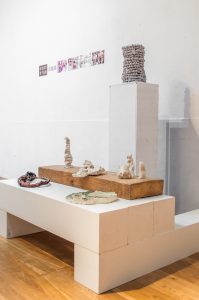 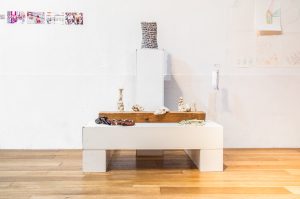 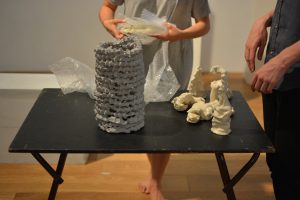 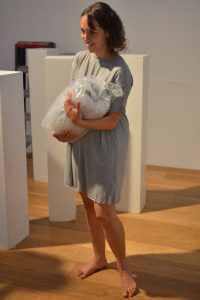