Sound writing is the performance in word-sound of a non-discursive form of affective transition resulting from acts of listening, also known as sound knowledge.1 Sonic textualities are two small pieces of sonic sensations that emerged during the process of listening to Daniel Mancero and Nicola Cruz’ music, accompanied by the theoretical voices resounding in Isadora’s head — in other words, the object of her thesis. Translating sounds into words locates the body at the center of experience, which not only reflects what we hear, but how we come to know. Listening is confronting the historicity of our own bodies. It lets sounds transit, and change us. It lets us discover different types of knowledge lying in other registers that unfold throughout the process. Sonic textualities are inner voices, affects, desires unreachable and untranslatable by academic form.

I had to deterritorialise myself to find my refrain,

to seek for the sounds that compose my chant.

This time, I flourish with them, and, piece by piece

I discover the geography of my

Walking over its surface, I slide through its old and new marks

Each of them is a place, a moment, a segment of my being,

of the encounter of my flesh with the world,

with the others that now are my tissue.

I navigate into the changeable and mutable historicity of my body,

and it is from there where my voice starts to speak.

Text inside the mobile

The geography the space where the body and environment merged. A space of ‘heteropias,’ where the multiplicity of singular spaces “to be found in some given social practices whose functions are different or even opposite of others” gathers. The geography is historical and material, it express social relations, but also react upon them.[2]

The Voice is the “very texture of the social, as well as the intimate core of our subjectivity” [3] The voice is the container of words, the vehicle of signification, the mark of an identity, a performative tool, a claim to exist. It is an excess that produces significance and dissolves in it. Its sonic and affective materiality interpellate us through its signifying and a-signifying register. In its aesthetic dimension, the voice finding its meaning in the encounter with the body.

“My body is not only an object among all other objects, a nexus of sensible qualities among others, but an object which is sensitive to all the rest, which reverberates to all sounds, vibrates to all colours, and provides words with their primordial significance through the way in which it receives them.”[4]

The body “uses its own parts as a general system of symbols for the world, and through which we can consequently ‘be at home in’ that world, ‘understand’ it and find significance in it.”[5]

The body is “an assemblage of affects or ways of being that constitute a habitus. Between the formal subjectivity of souls and the substantial materiality of organisms there is an intermediate plane which is occupied by the body as a bundle of affects and capacities which is the origin of perspective.”[6]

“The body is the subject’s fundamental expressive instrument and at the same time the object par excellence, that which is presented to the sight of other.” [7]

“The mysterious tissue of matrix that underlays and gives rise to both the perceiver and the perceived as independent aspects of its spontaneous activity” (David Abram on Merleau Ponty’s notion of the flesh).[8]

“We call a refrain any aggregate of matters of expression that draws a territory and develops into territorial motifs and landscapes […] we speak of a refrain when an assemblage is sonorous or ‘dominated’ by sound.”[9]

A means of erecting a portable territory that can secure ourselves in trouble situations. 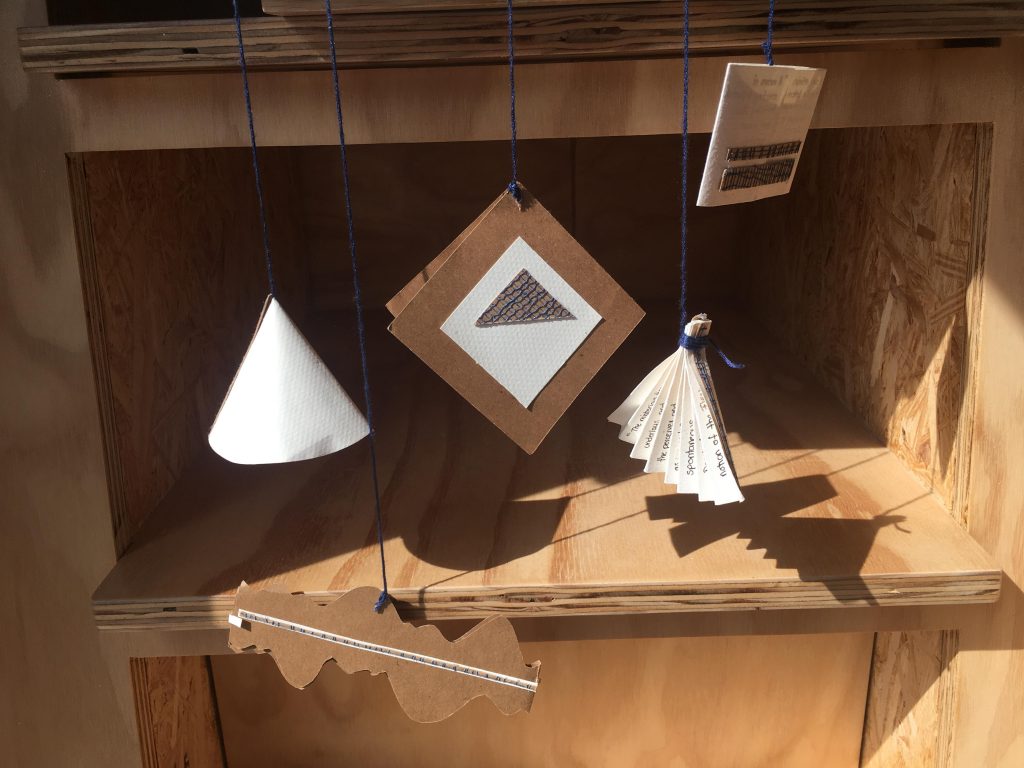 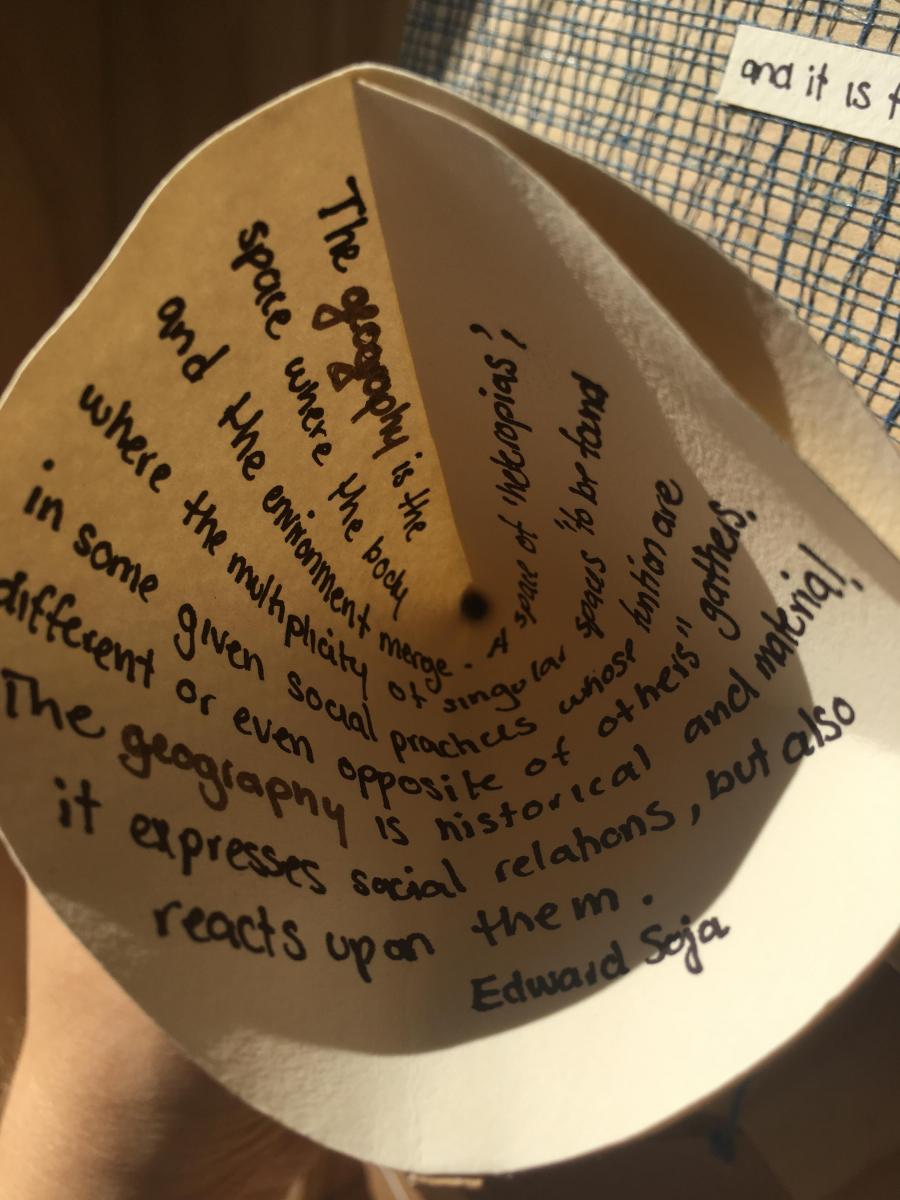 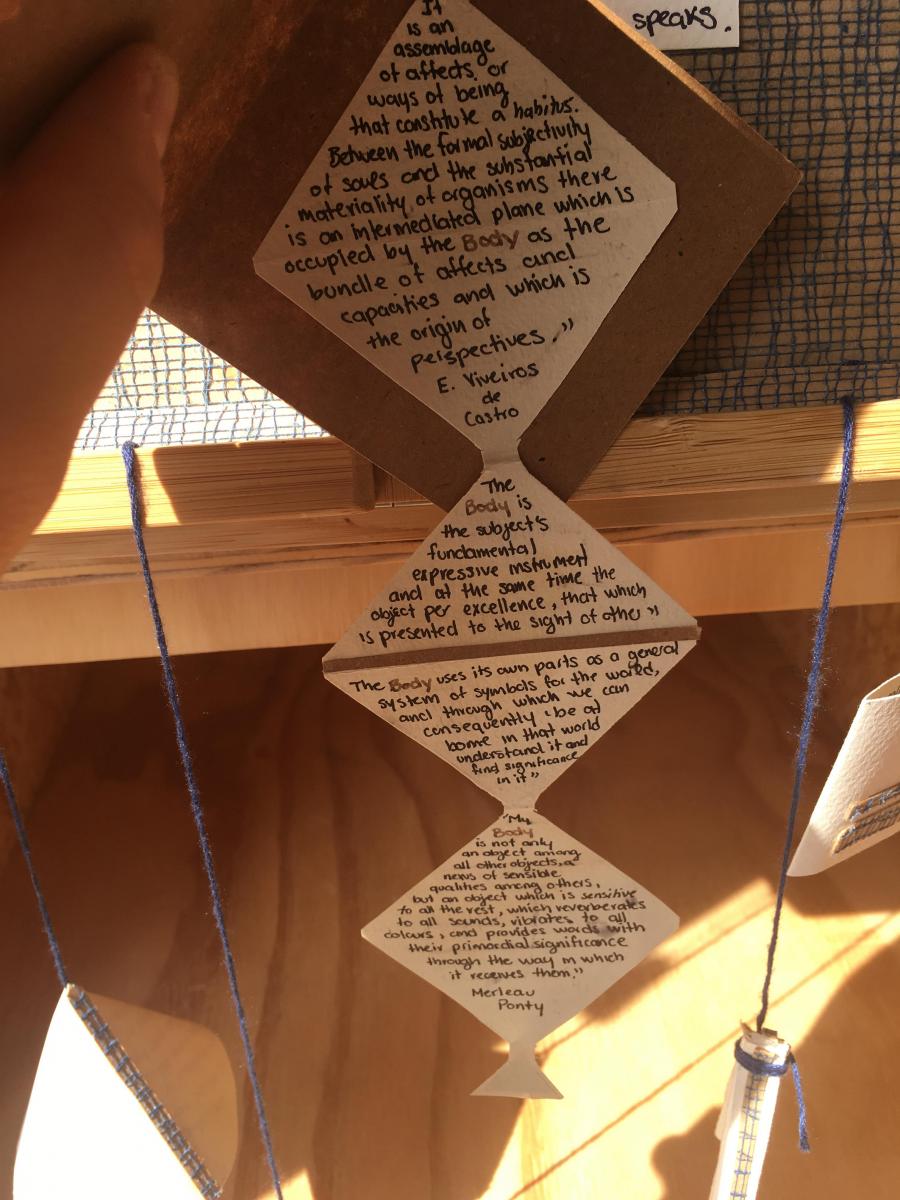 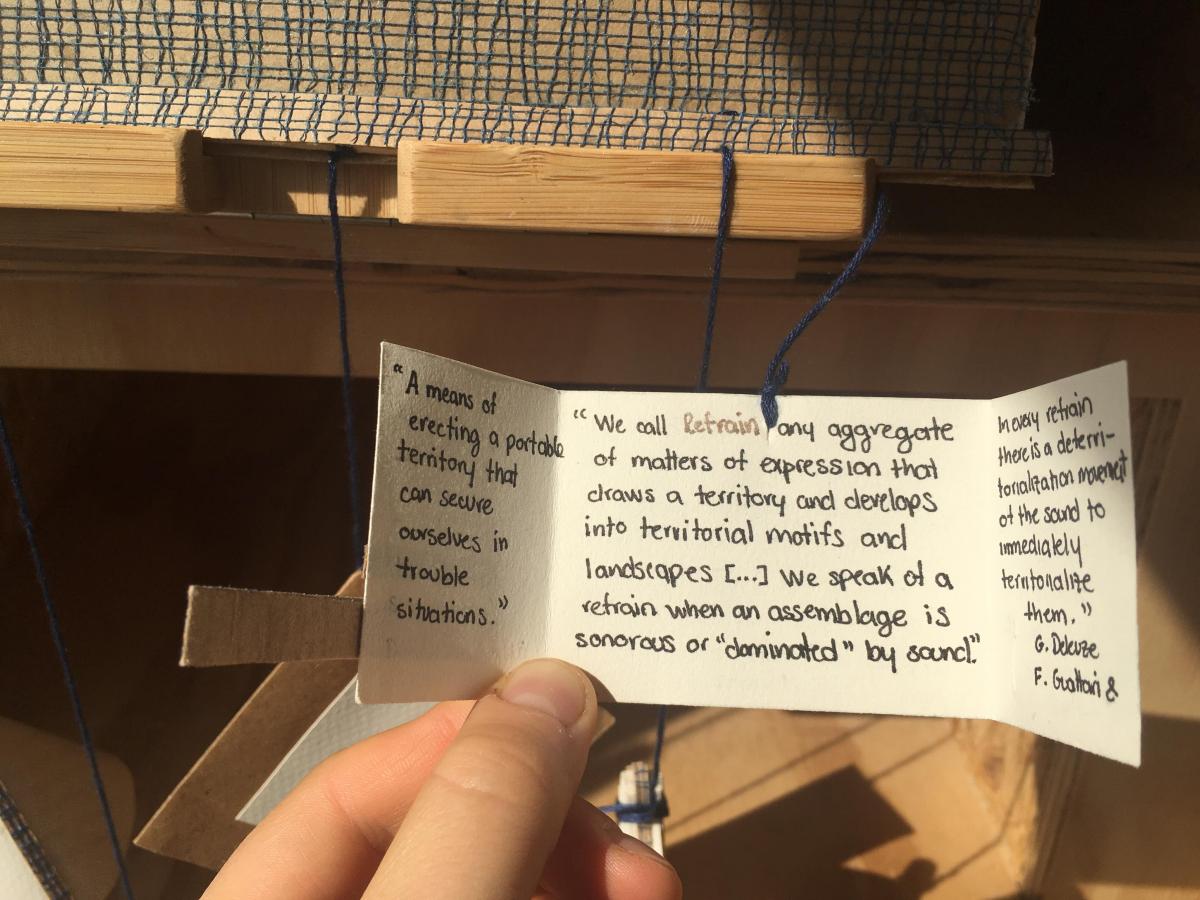 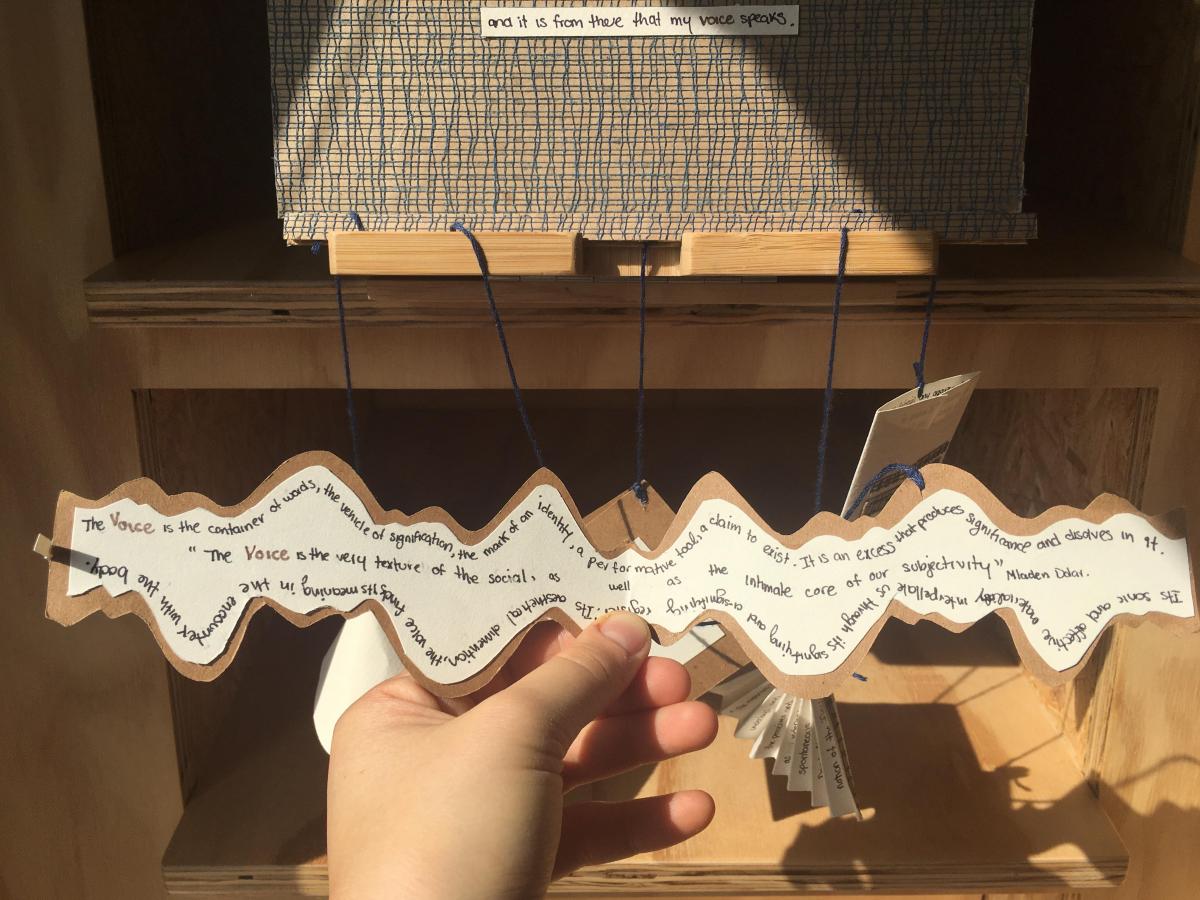 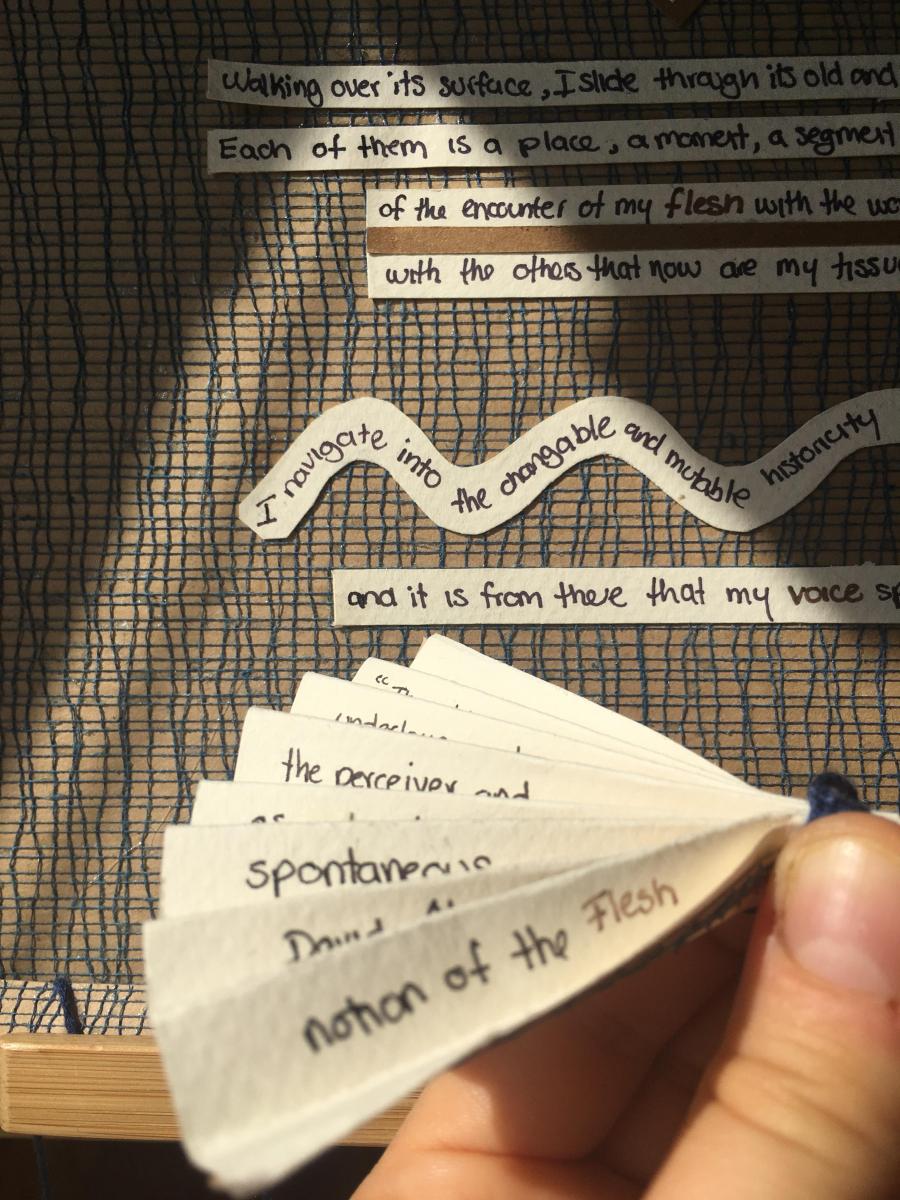 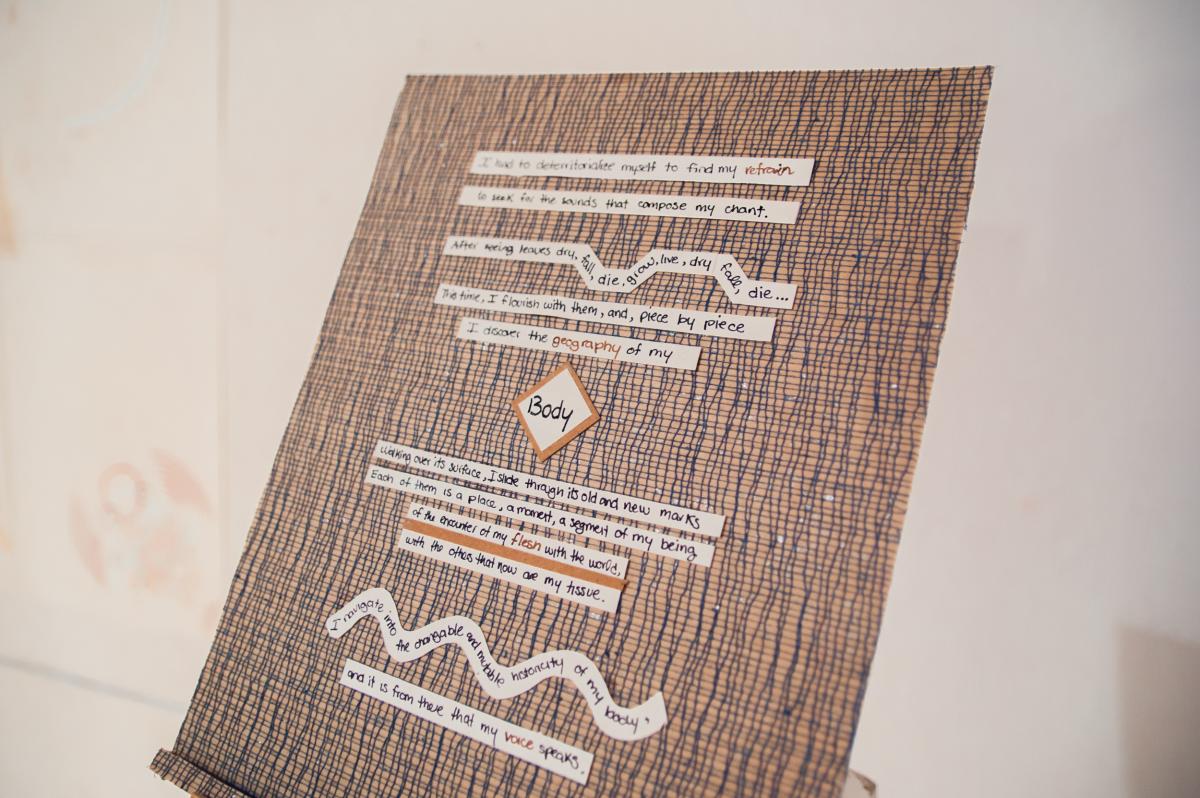 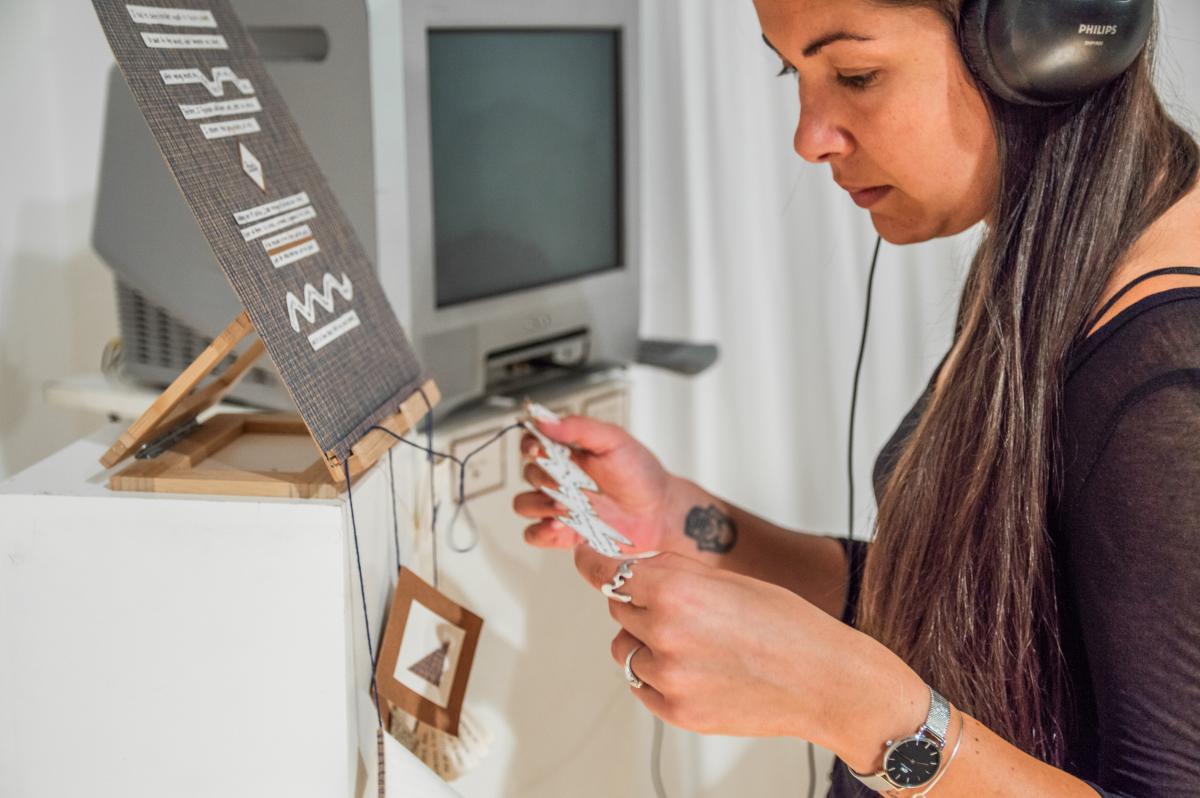 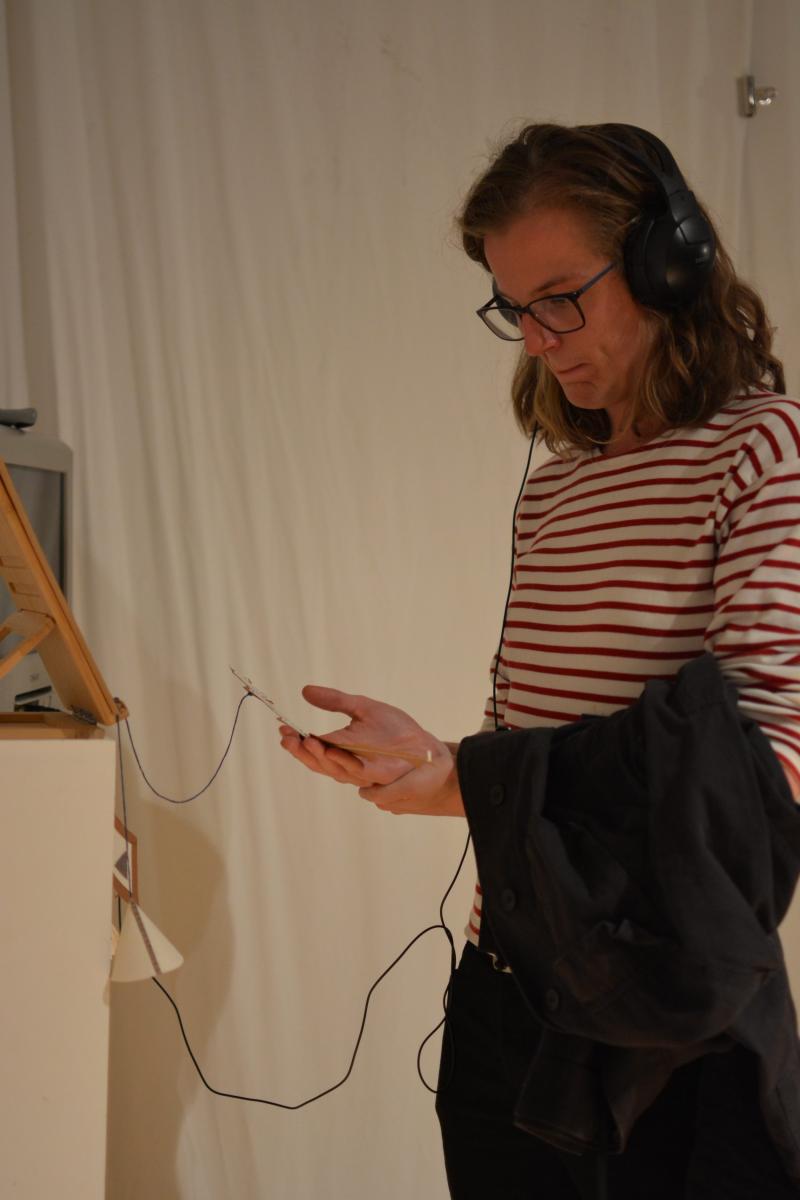